WHAT IS A PREGNANCY ULTRASOUND? 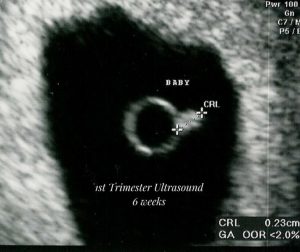 A pregnancy ultrasound is a test that uses high-frequency sound waves to image the developing baby as well as the mother’s reproductive organs. The average number of ultrasounds varies with each pregnancy.

An ultrasound, also called a sonogram, can help monitor normal fetal development and screen for any potential problems. Along with a standard ultrasound, there are a number of more advanced ultrasounds — including a 3-D ultrasound, a 4-D ultrasound, and a fetal echocardiography, which is an ultrasound that looks in detail at the fetus’ heart.

Reasons for a pregnancy ultrasound

An ultrasound can be used for a variety of reasons during pregnancy. Your doctor may also order more ultrasounds if they detected a problem in a previous ultrasound or blood test. Ultrasounds may also be done for nonmedical reasons, such as to produce images for the parents or to determine the sex of the baby. While ultrasound technology is safe for both mother and child, healthcare practitioners discourage the use of ultrasounds when there is no medical reason or benefit.

During the first trimester of pregnancy

In the first trimester of pregnancy (weeks one to 12), ultrasounds may be done to: 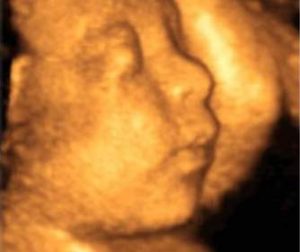 During the second and third trimesters of pregnancy

How to prepare for an ultrasound

During an ultrasound earlier in the pregnancy, you may need to have a full bladder for the technician to get a clear image of the fetus and your reproductive organs. You should drink two to three eight-ounce glasses of water one hour before your scheduled ultrasound. You shouldn’t urinate before your ultrasound so you arrive at your appointment with a full bladder.

What happens during an ultrasound

During an ultrasound, you lie down on an examination table or bed. An ultrasound technician applies a special gel to your abdomen and pelvic area. The gel is water-based, so it shouldn’t leave marks on your clothes or skin. The gel helps the sound waves travel properly.

Next, the technician places a small wand, called a transducer, onto your belly. They move the transducer to capture black and white images onto the ultrasound screen. The technician may also take measurements of the image on the screen. They may ask you to move or hold your breath while they capture images.

The technician then checks to see if the necessary images were captured and if they are clear. Then, the technician wipes off the gel and you can empty your bladder.

More advanced ultrasound techniques may be used when a more detailed image is required. These may give the doctor the information necessary to make a diagnosis if they detected problems during your traditional ultrasound.

A transvaginal ultrasound may be done to produce a clearer image. This ultrasound is more likely to be used during the early stages of pregnancy, when capturing a clear image may be more difficult. For this test, a small ultrasound probe is inserted into the vagina. The probe rests against the back of your vagina while the images are captured.

Unlike a traditional 2-D ultrasound, a 3-D ultrasound allows your doctor to see the width, height, and depth of the fetus and your organs. This ultrasound can be especially helpful in diagnosing any suspected problems during your pregnancy.

A 3-D ultrasound follows the same procedure as a standard ultrasound, but it uses a special probe and software to create the 3-D image. It also requires special training for the technician, so it may not be as widely available.