We Honor Our Military

Thank You for Your Service 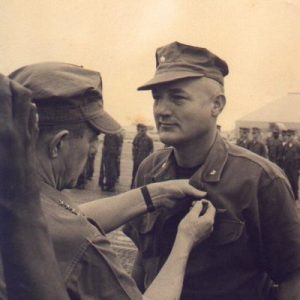 The President of the United States of America takes pleasure in presenting the Navy Cross to Major Vincil W. Hazelbaker (MCSN: 0-63157), United States Marine Corps Reserve, for extraordinary heroism while serving with Marine Observation Squadron TWO (VMO-2), Marine Aircraft Group SIXTEEN, First Marine Aircraft Wing during operations against enemy forces in Vietnam on 8 August 1966. While flying in support of ground operations in the vicinity of Ban Hieu, Major Hazelbaker observed two unsuccessful attempts to deliver ammunition to a Marine reaction force which had become surrounded by North Vietnamese forces. Realizing that the supplies were needed desperately by the besieged ground force, Major Hazelbaker daringly maneuvered his UH-1E helicopter through the darkness and intense hostile fire and skillfully landed near the Marines’ position. Without regard for his own precarious situation, he re-supplied the ground unit with three thousand rounds of his own supply of 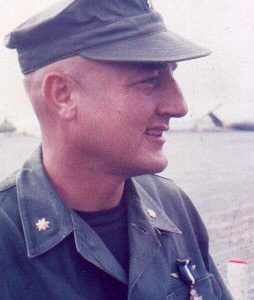 ammunition, and thereby provided the defenders with temporary means of continuing their battle against overwhelming enemy force. Returning to Dong Ha Airfield, Major Hazelbaker courageously volunteered to return to the hazardous area with an additional load of ammunition for the same troops. With keen airmanship and fortitude, he again 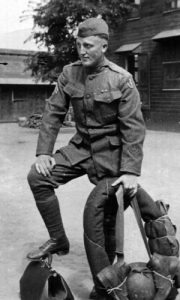 braved withering fire from North Vietnamese forces on all sides as close as fifteen yards to the position. Shortly after he landed with eight hundred pounds of direly needed ammunition, his aircraft was disabled by enemy fire, and two of his crewmen were wounded. With exceptional presence of mind and composure, Major Hazelbaker contacted the infantry unit and was advised that their officers had been wounded or killed. Displaying superior professionalism and firm leadership, he immediately assumed command of ground operations, reorganizing the defense, supervising distribution of ammunition, ensuring that the casualties were cared for and controlling supporting air strikes. Largely as a result of his determined and gallant effort, the Marine unit was able to break the impetus of the vicious enemy attack and maintain the position until daylight, when retraction could be effected. By his extraordinary courage in the face of extreme danger, bold aeronautical skill, and unfaltering dedication to duty throughout, Major Hazelbaker upheld the highest traditions of the Marine Corps and the United States Naval Service.

General Orders: Authority: Navy Department Board of Decorations and Medals